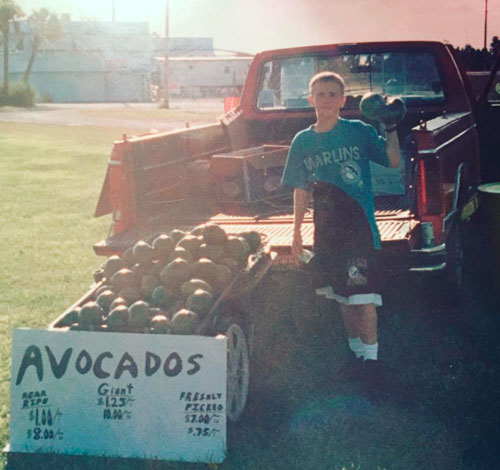 Reed Allen Slobusky has grown his SkinnyFATS brand from a small deli that opened in Las Vegas in 2013 to 15 restaurants in 3 states with a line of condiments and a warchest of intellectual property. Versed in business development, his creative process starts with wordplay and moves through interior design.

Prior to partnering with Chef Marc Marrone and his Graffiti Hospitality in mid 2020, Reed had most recently opened HallPass, an 11,000 sq ft food hall in Salt Lake City featuring 8 restaurants and 2 bars, all home grown concepts. Opening on New Years Eve of 2019, Hallpass was a runaway success heading into the shutdown and has continued to flourish against the current.

His core concept SkinnyFATS, which offers a split menu with a healthy and happy side, has been featured in QSR’s top 40 restaurants under 40 units and consistently ranks amongst the highest in AUV’s among QSR’s. Reed currently splits time between Salt Lake City and Las Vegas and remains focused on design and development of new restaurants as Marc leads menu development and operations. 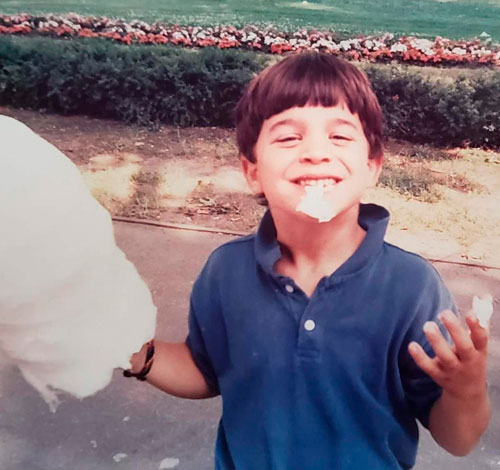 Tapping into nearly 20 years of experience earned at world-class restaurants across the country, Chef Marc Marrone brings a wealth of knowledge and expertise to Nice Hospitality.

Marc Marrone started his impressive career with training at the French Culinary Institute and spent his early years learning and drawing career inspiration from industry leading chefs like Daniel Boulud, Dan Barber and Jacque Pepin before joining TAO Group for what became a near 13-year career, starting as the chef at TAO Restaurant in New York City.

He was appointed executive sous chef at TAO Las Vegas shortly thereafter and worked his way up to corporate executive chef of TAO Group in 2010, leading star-studded dining and nightlife brands TAO, Beauty & Essex, LAVO, Marquee Day Club, The Highlight Room and Luchini Pizzeria & Bar in Las Vegas and Los Angeles, as well as LAVO atop the Marina Bay Sands in Singapore.

Young, eager and inspired, Marrone left TAO Group in 2018 and set out to build a restaurant empire of his own. In 2019, he successfully launched two of his own original concepts, Graffiti Bao and Gemma Gemma Pizza, in Las Vegas. He merged companies with his now business partner, Reed Slobusky, in 2020. Together they own and operate SkinnyFats, Graffiti Bao in Las Vegas along with HallPass food hall and Snowmobile Pizza in Salt Lake City.  Plans are underway to expand these concepts nationally, along with their other restaurant brands, SkinnyFATS and Italian Graffiti,under the newly formed Nice Hospitality. 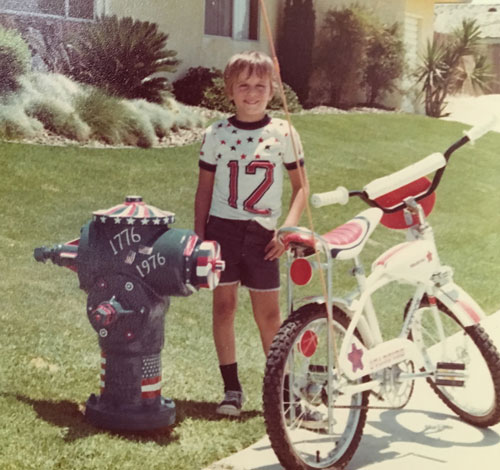 Branden Powers world renowned creative visionary-behind the internationally acclaimed brands Evel Pie and The Golden Tiki has been highly successful and innovative as a businessman inside and outside of the entertainment industry – including restaurants, nightclubs, casinos and major event promotions. He has received the honor of being in the “Who’s Who in American Business” and has lectured at many of the nation’s top colleges. Branden won the Pinnacle Award for PR by creating two viral stories that were seen by over 7 billion people and recently received a Proclamation from the City of Las Vegas declaring March 25th Branden Powers Day.
Mr. Powers is listed in the Wikipedia as one of the two founding fathers of the incredibly popular and financially successful underground Rave Movement in America. The online encyclopedia – Wikipedia states: “In the 1990s, one of the most influential Rave organizers / promoters in America was San Diego’s G.U.N., Global Underworld Network known as Nicholas Luckinbill and Branden Powers.
Branden and his partners are well-known for organizing and throwing the internationally known OPIUM and NARNIA Festivals that reached in size of 60,000 plus people in attendance, a feat unheard of at that time.
Narnia, was featured on MTV and twice in LIFE Magazine, being honored with Event of the Year in 1995. Narnia quickly became known as the “Woodstock of Generation X”. Branden’s companies, Global Underground Network and World Evolution, were America’s largest underground music festival production companies. He has organized hundreds of events from 2,000 to 60,000 in attendance. Selling out the San Diego Convention Center, Knott’s Berry Farm, and Snow Valley Ski Resorts, just to name a few.
He is often referred to as the Ken Kesey or Timothy Leary of his generation. Many of the events produced successfully by Branden were featured in Life Magazine, MTV, NBC Nightly News, CNN, SPIN, Details, Playboy ,Rolling Stone, NY Times, L.A. times and many, many more. Branden was also hired by Sony and Camel cigarettes as a consultant for them in reaching Generation X, Y and Z.
He has been the subject of two feature length documentaries, one by Cleopatra Productions and another by the UCLA Film School. His creative work has been featured in various coffee books, and the focus of art galleries and museums around the world. Branden was interviewed recently on CNN as their go-to person in Las Vegas. Branden spoke on the future of Las Vegas and what is needed to create the next big thing Vegas needs to pull it out of its recession.
He is a father of 2, a former semi-pro skateboarder, painter, writer, and lead guitarist for C.O.D a southern California Punk Rock Group who opened for The Ramones, Black Flag, Circle Jerks, GBH, Dead Kennedys, and many more.
Branden also owns an awesome Smokey and the Bandit Trans Am that he hopes to jump over a row of school buses, in the parking lot behind SkinnyFats on New Year’s Eve.
Scroll to top